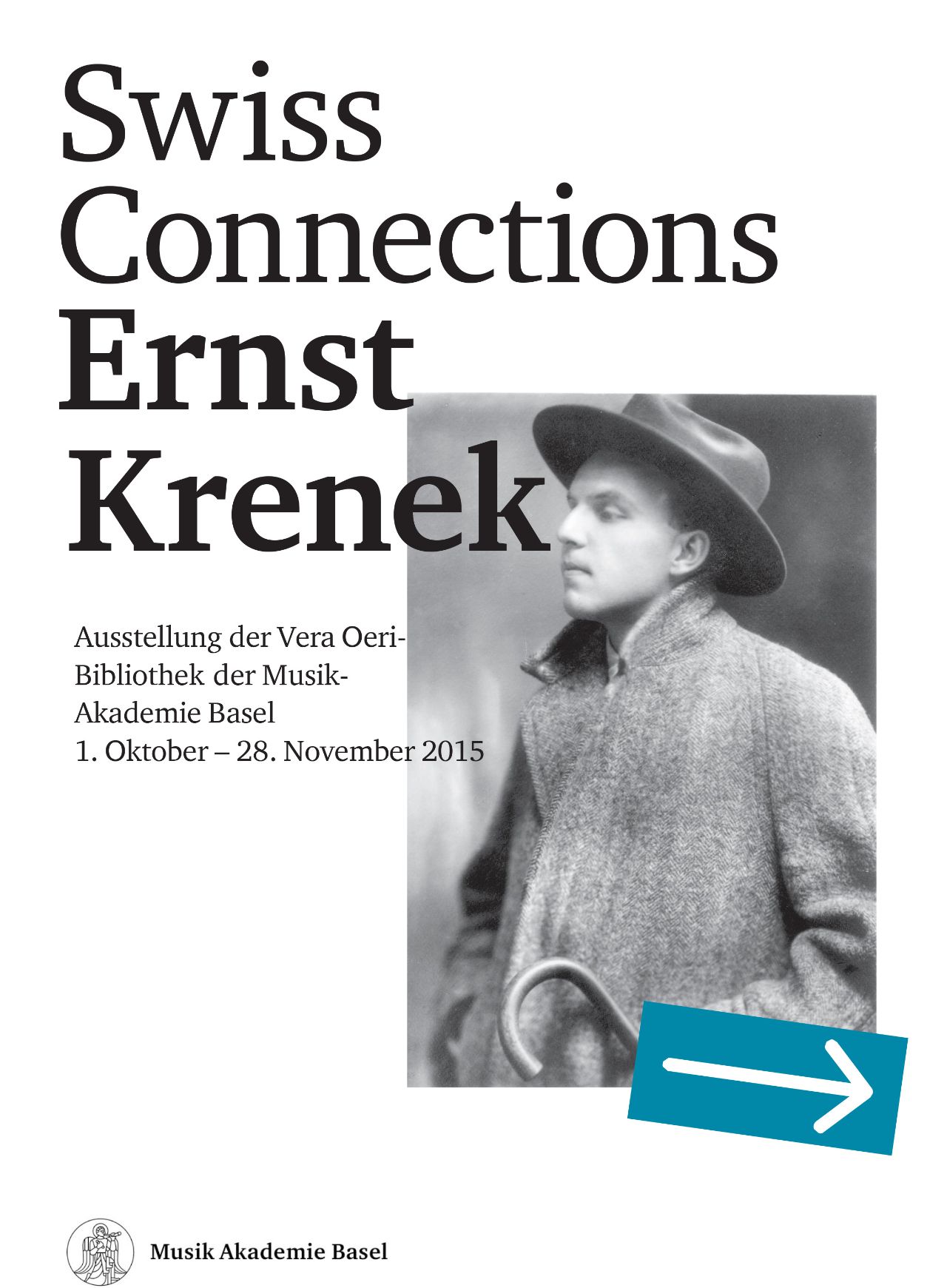 Viennese-born composer and writer Ernst Krenek (1900–1991) cultivated his «Swiss Connections» throughout his life, even into ripe old age. This relationship dates back to Christmas 1923, when Werner Reinhart, patron of the arts and co-founder of the International Society for Contemporary Music (ISCM), invited Krenek to Winterthur. One year later, he would first set foot on Basel soil, this time for a performance of his piano concerto op. 18 (1923). Paul Sacher not only conducted performances of some of Krenek’s other works, but also commissioned the composer to write a symphonic piece entirely for strings; op. 86 was published in 1939.

Branded a degenerate by the National Socialists, Krenek fled to the United States in 1938. In 1945, he made the decision to remain there and obtained US citizenship that same year. However, Krenek eventually returned to Europe in 1950, the first of many annual visits during which he regularly stayed in Basel as a guest of Maja and Paul Sacher, and Annegret and Werner Batschelet-Massini. This small exhibition by the Vera Oeri Library of the Basel Academy of Music traces the bonds between this «moving» composer and Switzerland.